So Wednesday night I took the boys down the road to run the local 5km TT. Over the next couple of weeks I have lined up a couple of great sessions based on their 5km times, so why not get a time to work with instead of guessing... 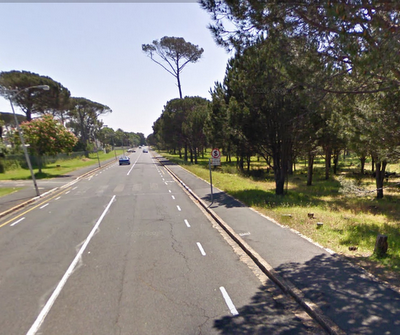 This is where we started.
Last year Ben was a bit asleep at the start and ran straight into that pole!!! This time we got off to a clean start (about 40 people). With a strong wind behind us I hobbled down the road, and found 4 guys following me. I was aiming at dipping under 20min. 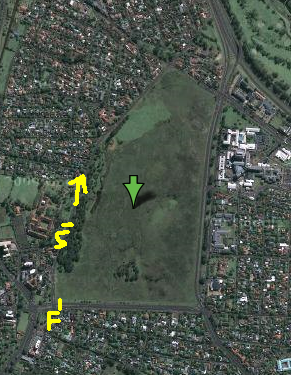 The route takes us around the common, finishing just short of 2 full loops, now on that long back straight is were you have to really fight the wind. It was nice not racing, but rather just trying to hold form and pace. I didn't loss any time in the wind, but I did loss a couple of the guys who were using me. The first couple of km were really easy 3:42 3:48 3:44 then I had to start working to hold the pace 3:48. Entering that back straight for the 2nd time I slowed a bit to let Paul catch me again, but he could only hold on for a couple of 100m's. Then at 4km I caught another of my boys, I won't tell them this, but I was now working hard, I didn't throw down the challenge but encouraged him to stay with me. He made it through the wind and took back his lead on the finishing straight, only to die!!! so I past him running a 3:53 last km and finished with 18:53. 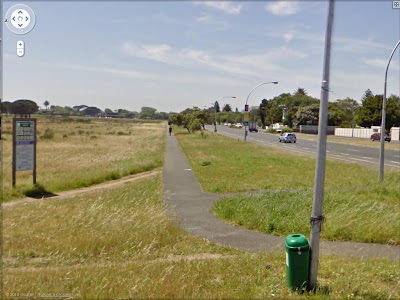 No that isn't me coming down the finish straight, this is taken form Google!!! (Clever aren't they.)
This early part of the year is full of great races, so on Saturday I will line up for a hilly 15km.
Posted by coach dion at 9:30 AM