2015 didn't end the way I planned.  I was hoping to be strong and full of running,  I was hoping to find myself on the mountain every second day... but a foot injury after Winelands marathon put pay to that!
Instead I found myself jogging round the block and putting in a couple of hours on the bike and at the physio!
With half the world on leave I only saw a sports doctor in Jan.  But Jane (the Physio) had said if you have to run I would suggest you find a shoe with a little cushioning and some arch support to keep the injury at bay!

Talk about timing... Alex (from 5-fingers) asked me if I would like to test a pair of Altra's. No not a model of 5-fingers, but a real shoe!

Now having run in 5-fingers, New Balance Minimus, and Vivo Barefoot shoes over the last number of years, Altra would fit the pattern. Or would they?

They advertise the things that excite me in a running shoe:
Wide toe box, so as not to inhibit your foot with each step you take.
Zero heel toe drop... ok make that heel ball of your foot toe drop.

With 3 models (ok 3 trail and 3 road) to choose from I popped down to the new running shop in Town (RUN) to check them out and try them on for size!


Now the Physio had said cushioning, so…

As I said: The Timing was perfect…

This shoe is radically different to what I've been running in:

Now this is where is starts to get interesting:

Remember I was on the comeback trail and was only looking at running 3km a day, I'm now running a lot further and I'm still using them every day!

So what can I tell you about them:
They are light...OK lighter than you would think for a shoe like this!
They are well cushioned, I would go as far as to say they are soft, soft like walking on a bed!

But how do they run?
Before I talk about my running experience let me first tell you that this shoe was made with the idea of reducing the shock of pounding the pavments for mile after mile! Runners normally strike the ground with a heel strike or flat foot or forefoot. With this shoe being a zeo drop, it is aimed at the latter 2, (but if you feel you want to move to a zero drop shoe this is a good starting point)

OK so I've run around the block a couple of times... some blocks bigger than other and I now feel I can talk a bit about this shoe:

Last nights run of 10km was fine, I felt normal, in fact most of the time I wasn't really thinging about the Paradigms... This is a good thing! So while I've been running in these for long enough most of my runs have been alone and short, so I've spent the time thinking about every step I've taken!

So with my background in shoes that let you feel the ground, this is what was going though my simple mind as I set of my my early runs: Have I reach the ground yet, I'm still floating through the air, shouldn't I be pushing off the road to go forward? I'm sinking into the ground, can I run like this?

I'm not a big fan of ultra soft shoes I feel you sink into the ground and lose you power to push off (other people feel you bounce off and love it!) I found my heel would sink into the shoe and almost like walking on snow it was hard work to go forward! I've now solved this with an old heel raise of hard rubber. This wasn't for the heel raise, but to work like a snow shoe does! (and stop the sinking keep it soft!)

Last night I sent half the guys off into the forest to run, (that would normally be me!) While Jeannie D feels at home anywhere in 6 inch heels I would break an ankle or my neck if I ventured off the road... 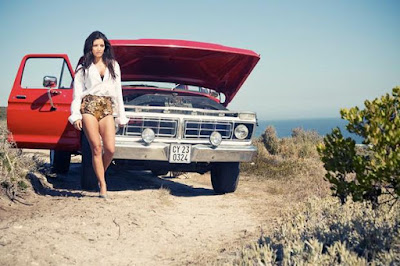 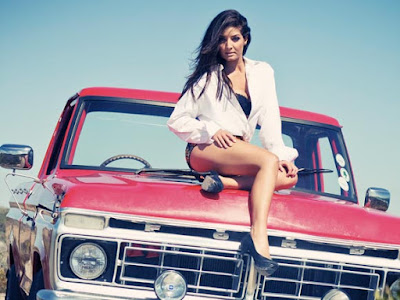 While the rest of us hit the road... as I said earlier I didn't think about the shoe, I was pounding the pavement chatting to the guys (and girls)! I bet I could have kept running and running, maybe one day I'll run a marathon in them... 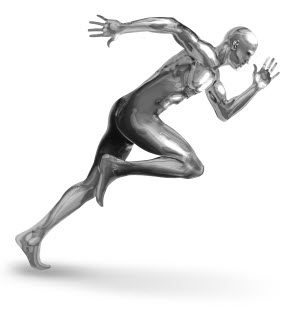 So have a look at the Silverman running fast... look at his foot and the way it bends at the toe! 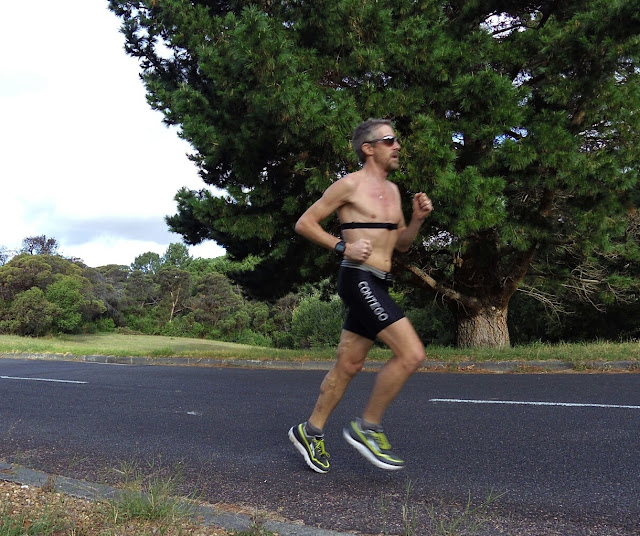 This is me out for an afternoon run... there's no bend to the toe, no power from the foot, you sort of roll off the 34mm stack to the toe! So while I don't think I'll be running any PB's in these shoes I don't believe they were made for that! They, as you get use to them, give you the feeling that you could just roll on forever...

Will I be rushing out to buy another pair? No, not of these double-decker busses, but ALTRA does have flatter (closer to the ground) models which I could see myself getting!