I CAN TICK THAT WEEK

So how did week one go:

I have some pictures: 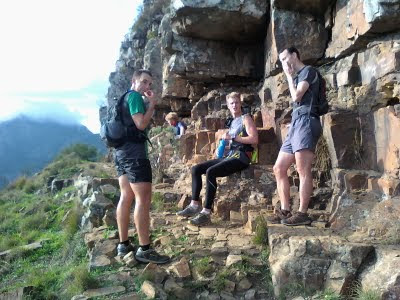 The view of where we had come from 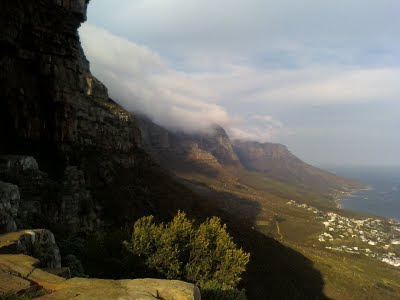 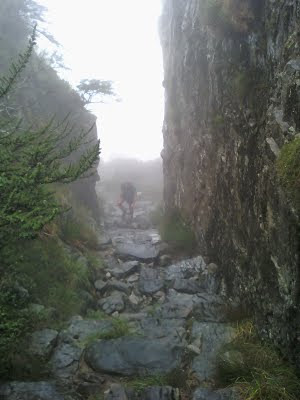 Ake, Will, Jayde resting at the top 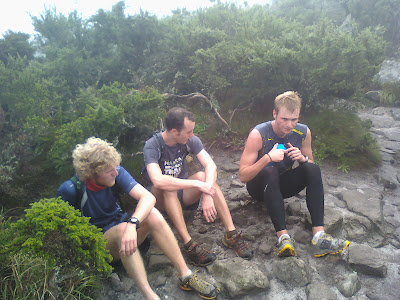 That leaves Sunday: What does one do after 3 hours on the mountain? Well you line up for a hilly 21.1... It's a new race on the calendar, and they stuffed up having a 10km a walk and a 5km and it looked like they all joined up for bits of the route it was a mess for that section of the race. But wait there is more, the marshells sent us the wrong way so we went from 6 to 9 in 6min!!! losing 1.5km (a couple of guys lost another 3km). Now I was running for a time, and while in this mess they stopped us to let the cars go. I was not happy to yes the least as I was lying 2nd 40+ and the 1st 50+ was with me...
Moving on I crossed the finishing line and Mr. Garnim read 19.5km so I grabbed my finishing card and without slowing down I headed out on the road again till 21.1km. I stopped my watch just under 80min so I was happy.

I don't know what happened at prizegiving as I left and headed off to church. I hope they got things right and I hope I get my prize!!!
Posted by coach dion at 8:02 AM